Not sure if you have watched the video above, but in case you haven’t…

Jason mentions that he’s working on a Lumen HD, not sure if that’s what you mean by Lumen 2 @Virusinstaller, or how different it would be from the current version of Lumen (apart from the HD resolution, of course). [I wish there would be something like NI Blocks for video synthesis, but I suppose there is no market enough for a development at such a scale.]

If I remember correctly, Jason also mentions a PC version, @Branko, but since I have no interest on such a version, I didn’t pay much attention.

As for “audio reactivity”, @blabberbytes, he mentioned he had been working on it, but it was buggy, so he decided not to implement it for the current version of Lumen. Apparently he’s still working on it. In the meantime, as he showed in the video, it’s possible to get Lumen to react to audio through MIDI.

Having said all that, he seems to work alone, there doesn't seem to be a company or a team behind Lumen, so all those plans can happen any time soon or take another year, who knows.
Current 12U/6U/Monome

so has anyone used a MIDI controller with Lumen? Just started messing around with it and immediately want a controller. Will pull the trigger once the HD update comes out for Lumen. But i wanted to see if anyone had any experience with a controller and Lumen and if so, do you have any recommendations?
SIGNATURE NOT VALID

Agawell wrote:I've used a beatstep pro to wiggle with and I also have a doepfer 16 channel cv to midi cc module that I use a lot

must try them combined at some point


oh, like in a way to have CV control over LUMEN?

addac also do a module for this which is currently available, the doepfer is discontinued, but can be found used for a good price

also I use a lzx sensory translator to add audio reactivity to both lumen and other lzx modules, which are being fed by the outputs from lumen which in turn has a webcam pointed at the tv screen
Modular Audio and Video Synthesis on Instagram

Any idea of how the fractally "Black Lotus" or "Electric Consciousness" patches are made in Lumen?
https://soundcloud.com/tau_seti
Top

tau_seti wrote:Any idea of how the fractally "Black Lotus" or "Electric Consciousness" patches are made in Lumen?

Not sure I understand your question, since, if you click on the Patch tab, you can clearly see how Lumen has been patched, and on the Knobs tab, the settings for each knob. Although everything contributes to the final patch, those two patches seem tot rely heavily on the K.Scope, Trails and an XOR.
Current 12U/6U/Monome

Well, I suppose it would have been too much for me to RTFM.

Thanks! I’ll do that now!

what midi controller would you suggest that can connect to all the knobs?

Does anyone here know if audio reactivity has been developed yet? So that it syncs with audio?
Top

no - best place to check is the paracosm slack

iirc hd ouptut and windows appear to have got higher priority

the only alternative I know of to the doepfer is from addac, but is quite a bit dearer for not a great deal extra functionality
Modular Audio and Video Synthesis on Instagram

@Agawell, i know it's been months... I'm very new to Processing. Can you please post an example Processing patch to syphon video from... say QuickTime into Lumen? I'm reading the manual but it's taking some time. An example piece of code would really expedite things.

have you downloaded the examples?
and added the package for syphon?

This is great! Thank you so much for your help, @Agawell!

I have found that VLCSyphon is great to get quicktimers into Lumen, get crashes when you set OSC 3 to a cam input though
D

I;ve never had any issues with crashing related to camera inputs - I'm pretty sure I've used osc3 as a camera input many times, but I've never used VLC via syphon
Modular Audio and Video Synthesis on Instagram

Revisiting this thread but can’t find in a search if it’s been said to be in development for iOS devices yet. Would love to be able to use this on an iPad Pro.
Top

Any future plans on a virtual modular version? One with a library of different functions that can be arranged like a modular, so you can have multiples of certain modules etc.
-James

To be clear, Lumen does NOT crash, its very stable, the VLCsyphon application crashes more than works, kinda annoying
D

ModusOp wrote: ↑
Fri Jun 05, 2020 4:36 pm
Revisiting this thread but can’t find in a search if it’s been said to be in development for iOS devices yet. Would love to be able to use this on an iPad Pro.

ersatzplanet wrote: ↑
Fri Jun 05, 2020 4:45 pm
Any future plans on a virtual modular version? One with a library of different functions that can be arranged like a modular, so you can have multiples of certain modules etc.

I wouldn't hold my breath if I were you
MIDI improvements, HD and Windows have been under development for years
Modular Audio and Video Synthesis on Instagram

ModusOp wrote: ↑
Fri Jun 05, 2020 4:36 pm
Revisiting this thread but can’t find in a search if it’s been said to be in development for iOS devices yet. Would love to be able to use this on an iPad Pro.

ersatzplanet wrote: ↑
Fri Jun 05, 2020 4:45 pm
Any future plans on a virtual modular version? One with a library of different functions that can be arranged like a modular, so you can have multiples of certain modules etc.

I wouldn't hold my breath if I were you
MIDI improvements, HD and Windows have been under development for years

They responded to my inquiries via email...

Many thanks to the folks on this forum who helped me figure out how to route video thru Lumen. I've been having a blast with it! WIsh I could achieve better resolution, though. This is looking pretty SD... but that has it's own charm

I just downloaded the Lumen demo this afternoon and after a short time decided to buy the license, which I think is very reasonably priced. Unlike with audio stuff (I rarely use AUs/VSTs), using software for this part of video-synthesis is a perfect solution for me. I can just send the HDMI-output of my MacBook Pro or iMac into my ATEM switcher, and voila!

So, kudos to the developer for making a great macOS-app which is really creative and pretty affordable.


maxheadwound wrote: ↑
Mon Mar 07, 2016 6:14 pm
Yep! Anything that shows up like a webcam or a Syphon stream already works great with Lumen. We'll be adding support for other video I/O options over time, most likely starting with Blackmagic products.

Great! I have an ATEM switcher so I can just feed a live camera into the switcher and send the ATEM's USB "webcam" output into my iMac. This is how I assumed it worked.

[Edit: Nevermind! The camera in my MBP apparently isn't working (just performed full-diagnostics with Apple support—it's broken!). I just never knew it because this is the first time I've ever used it!]
Last edited by studio460 on Sat May 08, 2021 1:34 am, edited 12 times in total.

Holy crap! Lumen's a whole new fucking ballgame with a live camera-feed! My iMac's built-in camera is working fine with Lumen (the camera in my MacBook Pro is broken). This app is fantastic! I guess all I need now is a MIDI control-surface. In addition to the Behringer BCR2000, the X-Touch, Novation's Launch Control XL, and Studiologic's SL Mixface (if that works in this application) all also seem quite nice.

I wish had this back in the day—I'm staring at the Zebra Wave preset right now, and all I can think is, "This would be great on acid!" Really, this app is incredible and has exceeded my expectations a hundred-fold. Kudos to the brilliant developer who created this—thank you!

Seriously, I think I'm going to mount some large LED-displays in the living room vertically and feed them these presets to serve as electronic wall-art. Here's some simple cross-dissolves of a Lumen frame and some of my still photography. Still have to figure out how to input pre-recorded video/still-sources into Lumen. 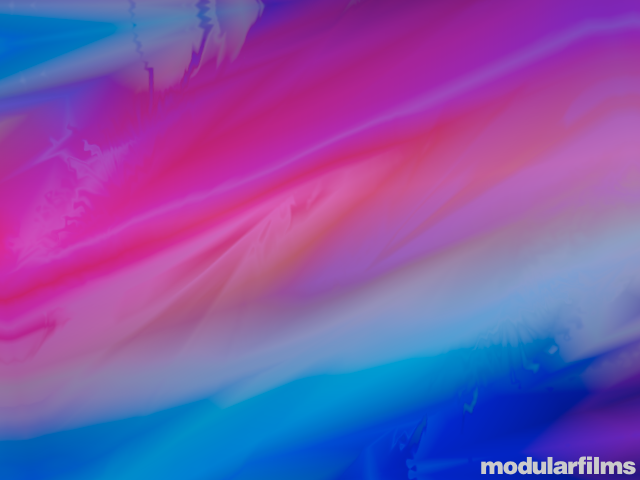 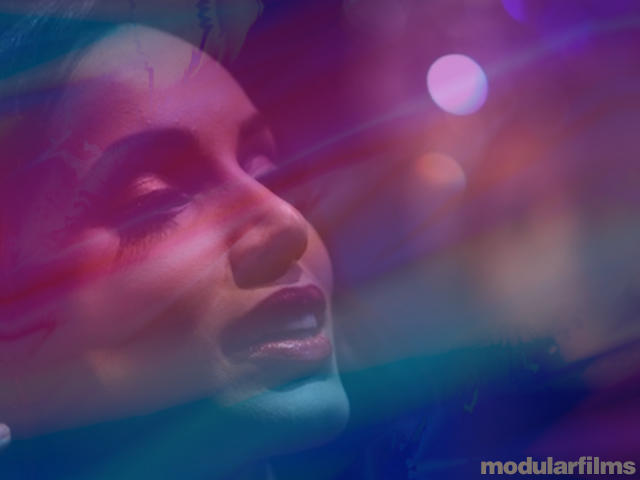 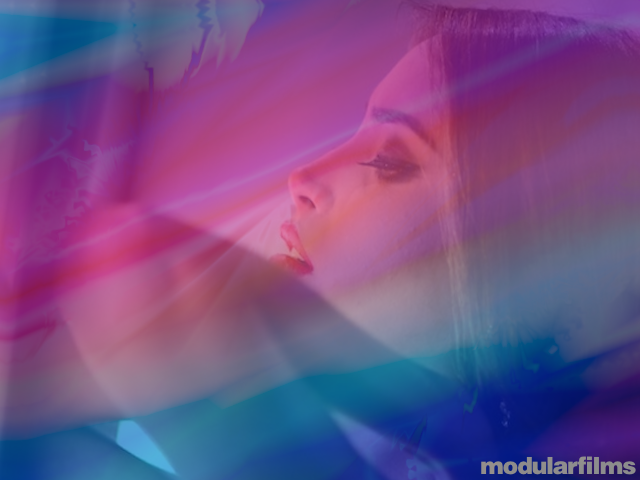 Will be getting a new model (not the ones shown here) to do some video and photo shoots soon, specifically for Lumen-input! Initially, just some headshots over a seamless background (e.g., black, white, or green for keying), but shot with Lumen-integration in mind (e.g., certain poses, fan for hair, etc.).